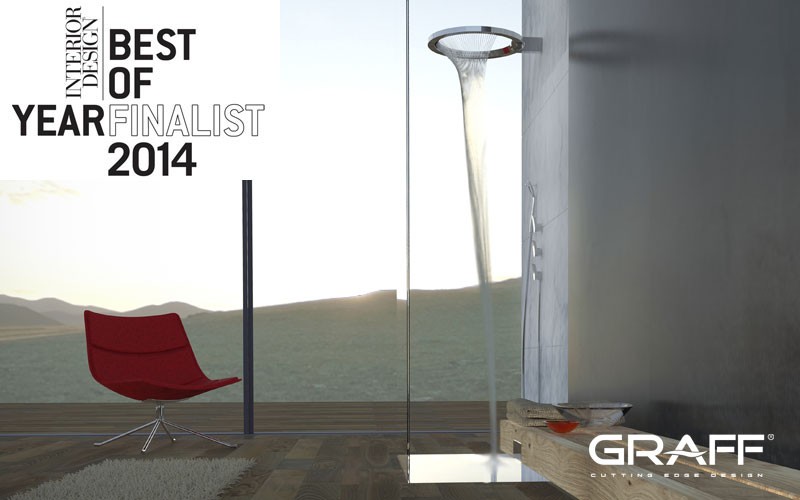 GRAFF’s® Ametis Ring was just announced as a finalist for the 2014 Interior Design’s Best of Year Awards. Finalists were decided in an online vote by interior designers and architects. Designers and architects were invited to vote for their favorite products during a two-week period in October, 2014. Winners will be chosen by Interior Design Magazine Editor in Chief Cindy Allen and a jury of design leaders. Awards will be announced live December 4, 2014 at a celebration event in New York City.

Competing in the Bath Fittings category, the Ametis Ring stands out with its fluid design and spa-like halo.  Water flows gently, revitalizing the mind and indulging the body in a euphoric cleansing experience. The Ametis Ring, designed by Davide Oppizzi, blends a circular shape and cutting-edge design to invigorate not only the body, but also the eye with finishes of polished chrome, architectural black™ and architectural white.