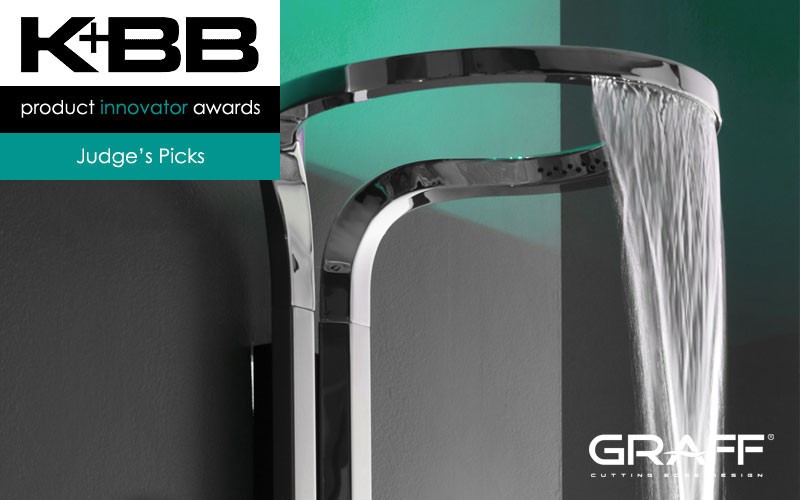 GRAFF® is honored to be recognized as a Judge’s Pick in the 2014 K+BB Product Innovator Awards for their Ametis Ring, designed by Davide Oppizzi. Out of 140+ product submissions, GRAFF’s Ametis Ring was chosen by a judge’s panel of 5 kitchen and bath professionals. Entries were evaluated on a variety of criteria, including innovation, aesthetics, technical advancements and value. Winners were announced in the November/December issue of K+BB Magazine.

Toni Sabatino, a judge and leading kitchen and bath designer in New York, had a love-at-first-sight moment with the Ametis Ring. With the flow of water acting as a piece of art, creating a truly unique aesthetic, the spa-like showerhead provides a 360-degree water experience. Available in three finishes, polished chrome, architectural black™ and architectural white, the Ametis Ring blends a subtle shape with cutting-edge design to invigorate not only the body, but also the eye.