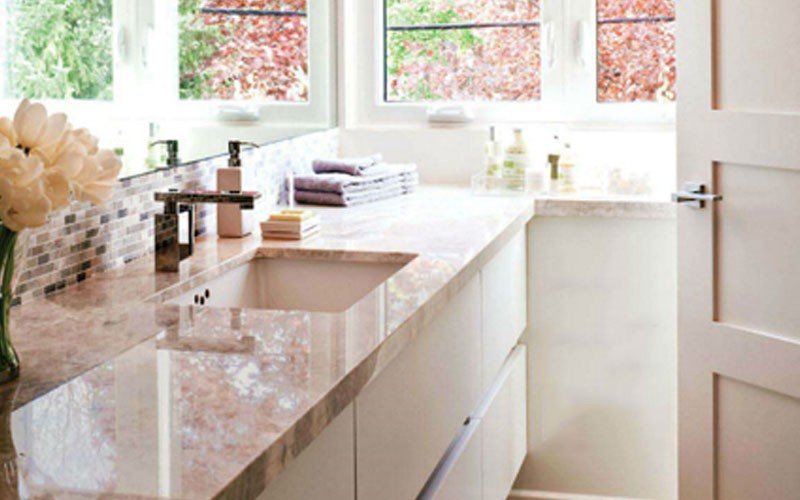 “What initially attracted us to the house was its link to the outdoors,” say the owners of this 1960s-era house located in Toronto’s exclusive Hogg’s Hollow community. “From any window, you could enjoy a view of the garden.” As just 1,800 square feet when built, the house had subsequently been renovated several times over the years, eventually expanded to five bedrooms for the couple and their two children. But, like many couples, with the kids grown and moved away, they felt the house was ripe for another remodel.

“We were faced with that age-old question: Do we update or move? We decided to update,” explain the owners. They turned to architect-designer Liz Watkinson of 5th Business Associates, to tackle the job of revamping the upstairs. Watkinson paid particular attention to their son’s former bedroom and bath which was completely gutted, losing everything from its faded wallpaper to its worn wood floors. The tub was replaced by a glass-frosted shower lined in cheerful yellow glass tiles splashed by an overhead rainshower. The new custom vanity, a shiny, lacquered affair, boasts deep drawers with all the bathroom essentials any guest might need. The sleek, under mount sink is set into a softly colored marble countertop that matches the marble floor under foot. The gray tiled backsplash perfectly complements the natural tones of the room. Now a luxurious guest suit, the room and those beloved views of the garden are a delight to lucky visitors.