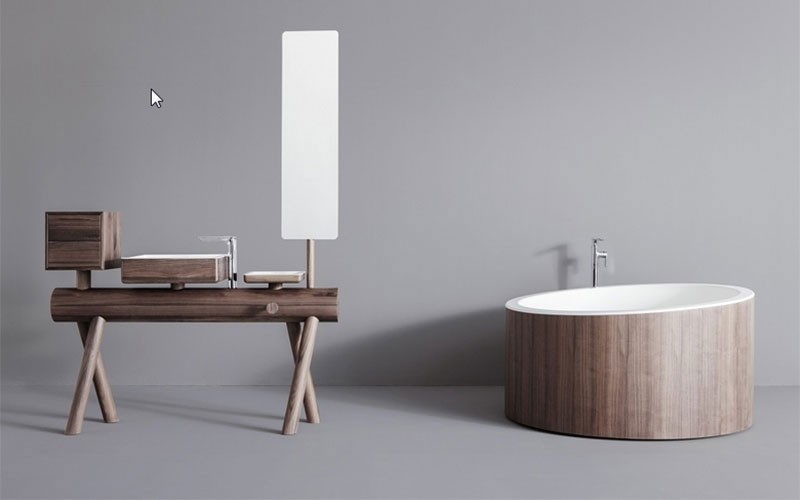 Before the Italian company unveiled this new collection in Milan, it veiled it - that is, released a photo of the main design draped in a linen curtain, just a tantalizing bit of leg showing. Now, with the result revealed, it’s clear there was a good reason for the drama. Dressage was the brainchild of Ambrogio Matteo Nespoli and Alberto Novara, of Serengo-based Nespoli e Novara, who took inspiration from finely crafted furniture. Construce of Canaletto walnut, the freestanding sawhorse-style unit combine several functions, featuring as it doesa a mirror, Corian washbasin and tray, two storage drawers, and a towel hook. And the plumbing is completely concealed within the svelte frame so it can be placed anywhere. The accompanying tub is generously proportioned with a Corian soaker wrapped in the same walnut and a hand tray for soap and sponges. What more could one ask for? Only, perhaps, that the line be available before 2015.