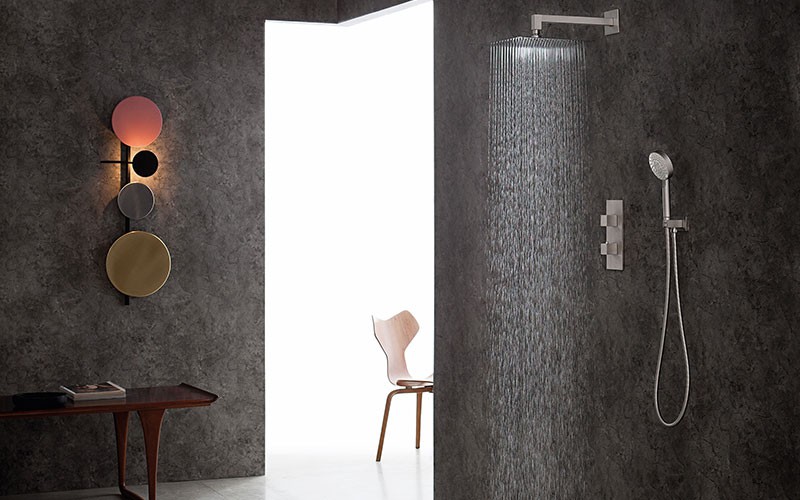 M-Series is a new modular concealed system, designed by GRAFF, to offer new solutions for the shower area, while also facilitating clean and efficient installations. The new series is composed of a thermostatic unit, two diverters and a cut-off valve that can be combined into a single compact block.
Thanks to its modular design, M-Series is different from other systems currently available on the market that provide either a thermostatic with a diverter or a thermostatic with shut-off valves. With GRAFF’s system it is possible to combine diverters and cut-off valves in different arrangements, to meet any application requirement.

When using a diverter, it is possible to choose one of two or one of three outlets to operate; on the contrary, when using a cut-off valve, it is also possible to operate an outlet simultaneously and independently from those connected to the diverter (eg: the showerhead or the bath spout simultaneously with the side spray or the hand shower).
M-Series meets the demands of an expanding market based on new buildings and renovations of residential and public spaces. A functional and modular system, M-Series is able to integrate itself into different environments.
The installation is customizable. The components are stacked one on top of the other, almost like Lego bricks, creating a mono-block that sets the handles always at the same distance thus enabling an infinite number of combinations. M-Series is a tailor-made system that allows shower levers to be installed both vertically and horizontally. All GRAFF collections include handles that are compatible with this new system.