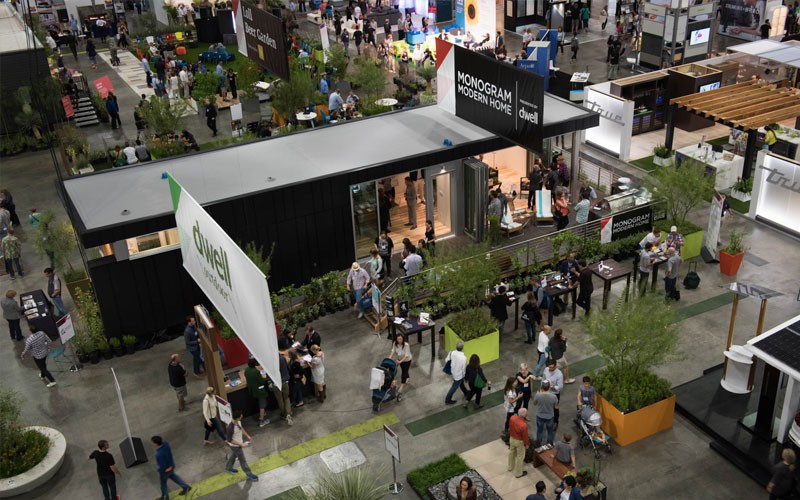 Dwell on Design L. A. is going global.

If it sounds like it’s still informed by Dwell editors, that’s because it is. They developed the 2016 show’s four pillars: Healthy Architecture, the Business of Design, Smart Home, and the Nice Modernist. “Amanda Dameron and her editors work on the content,” says Dana Teague, vice president of the design group at Informa. “We work very closely with them – they curate what will be on the show’s two stages.”

The 2016 show’s expected to be 10 percent bigger than last year’s event. It’s known for attracting designers and architects, as well as consumers and modern design aficionados – all seeking a new products and a finely curated educational experience. It promises to be a total exploration of modern design, as Informa partners with ASID, local chapters of AIA and USGBC, and the national Kitchen and Bath Association. CEUs will be available.

Emerging designers and their work will be featured at the new Prime Edition and Prototype Pavilion, and the Modern Family Pavilion and Dwell Outdoor Pavilion will be returning. “The Dwell Outdoor Pavilion will be curated by Jamie Durie, the landscape designer from Australia landscape designer,” she says. “He’s host of the television show Outback Nation and author of nine best-selling books.”

Durie will be designing an area that’s 34,000 square feet in the middle of the Los Angeles Convention Center – a Central Park-like setting with outdoor furnishings, prefabricated structures and a beer garden. “It’s one of the things that that sets us apart from other events,” she says.

All in all, this is a show that’s a chronicler of changing trends in contemporary design. “The world is becoming smaller and modern design is becoming more global,” she says. “Sustainability used to be seen as a luxury, but now it’s seen as standard – a part of most or all of the products in the show. It’s expected.”